As is their habit every Tuesday, Prince and his mom met for a quiet lunch.  The rule was NO business at all during their meal.  Today that rule was easily observed.

The rapidly approaching birth gave them much to discuss.   Prince is very concerned for Snow’s health.  This pregnancy has been very hard on her.  Queen agrees to come stay at their house ‘til after the birth and Snow is back on her feet.  Prince will move his office back to the house as well to ensure he is available to help.  As the two plotted and planned they were unaware that they were being observed. 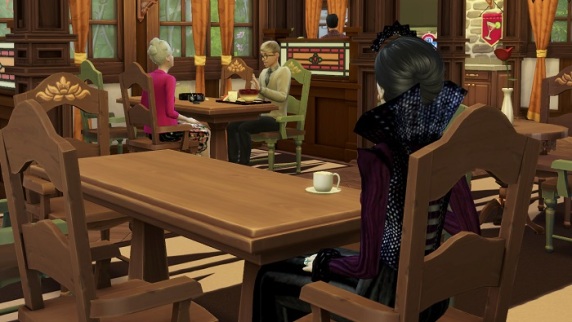 Their watcher stared at them intently thru narrowed eyes.  Prince rose to get a cup of joe and Queen took a quick trip to the ladies’ room.  As she returned to her table the maleficent intruder approached.

“Hello Queen!  Do you know who I am?”  her icy voice queried.  Queen’s thoughts ran WILD with fear and dread.  Yes, she knew exactly who this was!  It was Evella, Snow White’s step-mother.  The rumors of her death were obviously unfounded because here she was in the flesh!  Before Queen could utter a word, Evella lunged at her with finger wagging.  Breathing out her threat,  “you tell the Princess that I said she should watch herself carefully.” 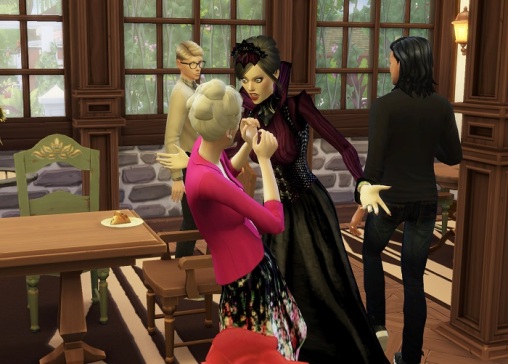 As fearless as a momma bear, Queen straightened and addressed Evella, “If you are seen anywhere near the princess or any other member of the royal family I will have you banished.” 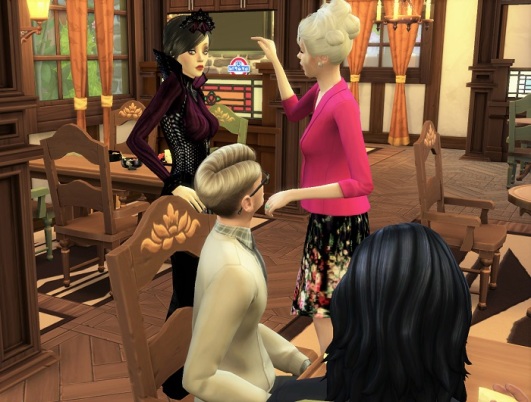 Although Prince remained seated while his mother, the Queen, attended to business. Evella had no doubt that he was fully engaged in the edict.  She would bide her time!  Prince and Queen agreed not to mention any of this to Snow.

The next morning Queen arrived to stay as she had agreed. 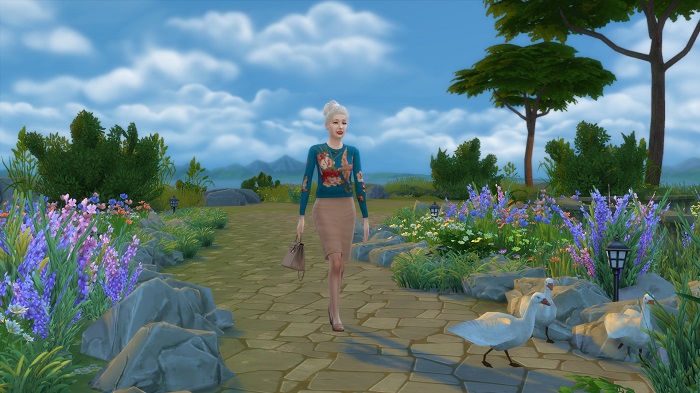 Snow was so please to have her MIL there with them and after Queen greeted her and newest baby, Snow showed her to the guest quarters.

Because Snow had not been well, the nursery was not done yet.   Queen jumped into action.  She had fab ideas that both Prince and Snow loved. 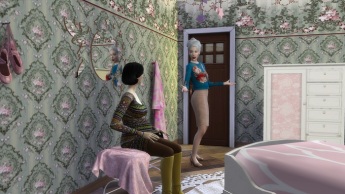 A quick shopping trip to Berghoff’s was in order.  Snow was tickled to get out for a bit.  an outing with Queen was always uplifting. 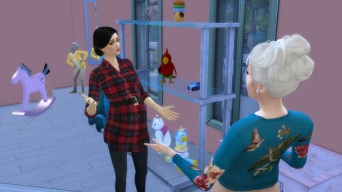 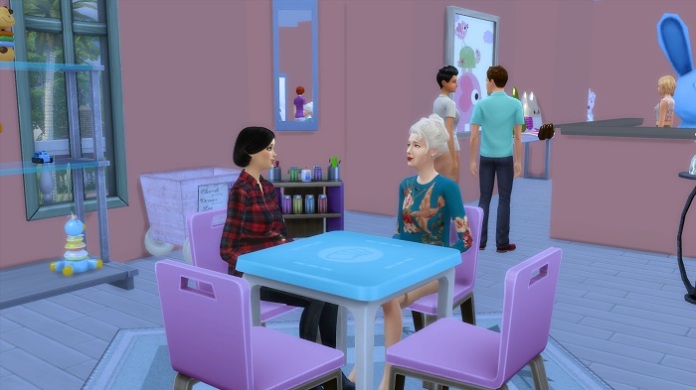 they stopped in at the coffee bar for a decadent café mocha.  Snow knew something was amiss but Queen quickly dismissed her fears by admitting apprehension for the imminent birth.

“Caroline, come this way! Hurry!”  Rose White and Caroline had snuck out while everyone was distracted with nursery preparations.

Rose white wanted to introduce her cousin to her wonderful friend Bruno.  Even tho  Rose White had said there was nothing to fear Caroline was feeling very uneasy about this whole thing.  Rose white chattered along as they came closer to the bear cub.  “Hi Bruno.  I brought my cousin Caroline,” Rose White sang out.  Both the bear and the cousin stood before each other.  “Are you going to eat me,” Caroline asked half in jest (the other half was worried he might).

Bruno laughed, “No I do not eat children.  Only berries and fish.”  Caroline was quite relieved at that.   The children and the bear laughed and played the rest of that afternoon.  Hide and seek in the long grass was so much fun and Bruno was the best hider of all! 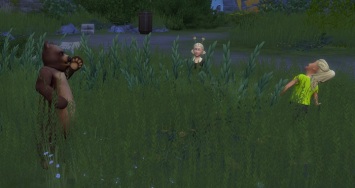 As they got ready to say their goodbye Caroline leaned in to her cousin and whispered, “You were right Rose White, he is a most wonderful friend.”

It is way too early!  Prince is frantic.  The baby is coming early.

With Rose White entrusted to Queen they head off to the hospital.  Snow is not feeling well at all.   They rush her right in …

NO ONE expected THIS!  Triplets!  Not even the hospital was prepared!