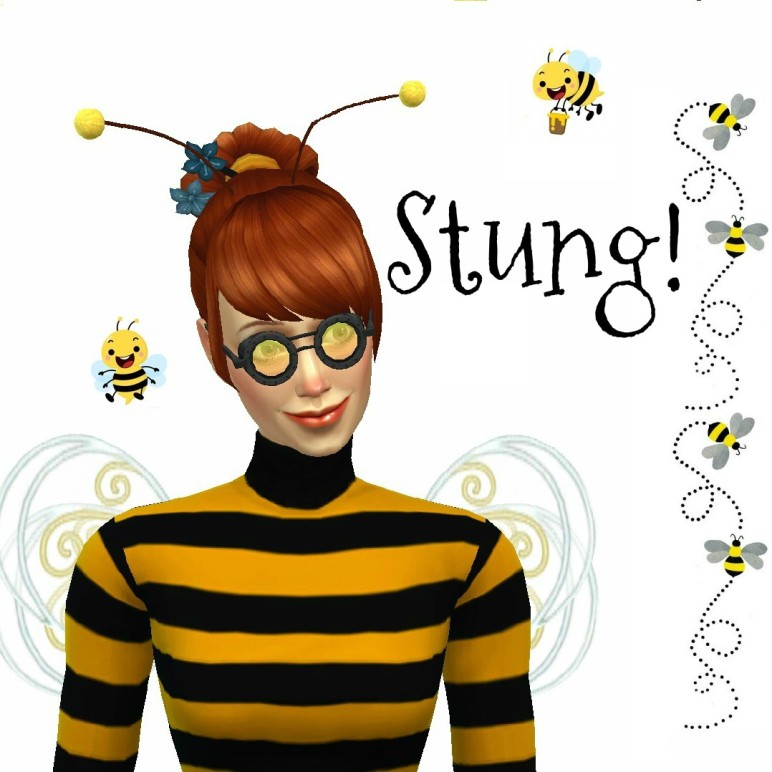 The Bee gets stung!

Here is a link to episode one … LisaBee: Stung – Episode 1

While scrolling in an FB group I found this fun little challenge by Jay_Bird the nerd.

It really intrigued me.

It is s big step outside of my normal play-style.

I  have never played the mischief aspiration or a  Kepto.

What a fun experience!

It was a totally new ground and, despite my earlier thinking,  it was not so easy.

I made a few errors along the way ❤

These are the challenge rules: 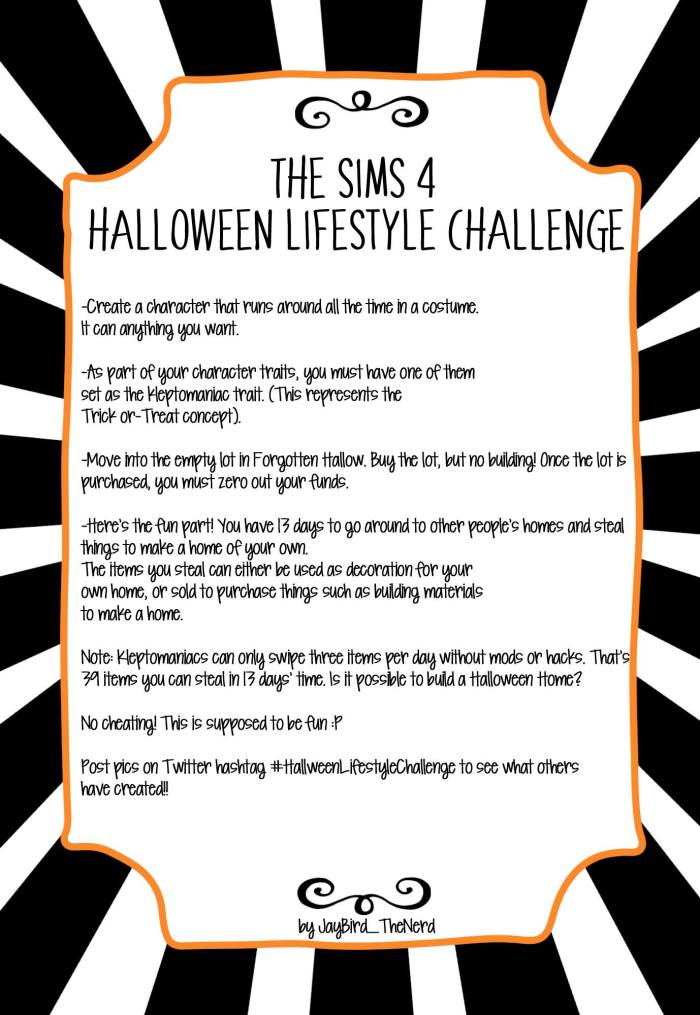 Part one was published in December …

And so it Continues  …

Today we find out that the Bee herself gets stung. BY THE LOVE BUG.

It was not your ordinary sting and was unexpected (by Lisa Bee and me).

Near the end of this blog, I will post the day by day for the challenge objectives.

BUT before that, first, let me give you a few tips on this challenge.

*Learn what is valuable and scope out where to find them. 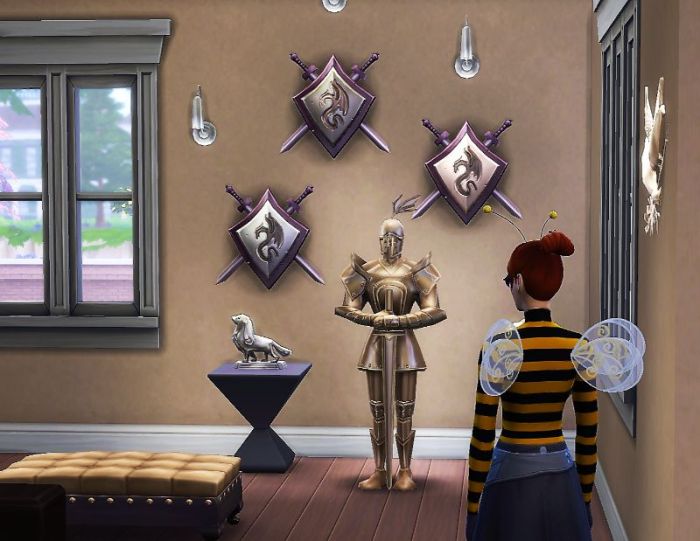 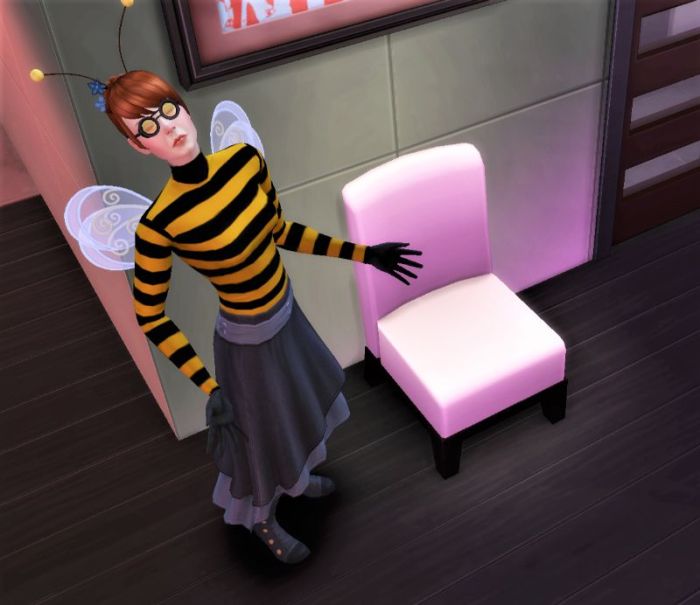 *Be careful and vigilant.

Just because there is no one in the room does not mean you will not get busted.

Find out where everyone is before you snatch.

Her Razzle Dazzle did not work this time!

*Get to know your marks. 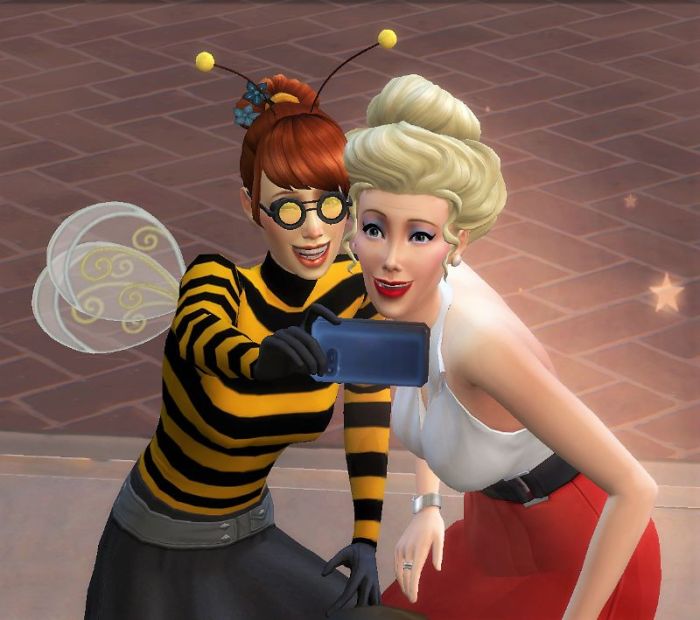 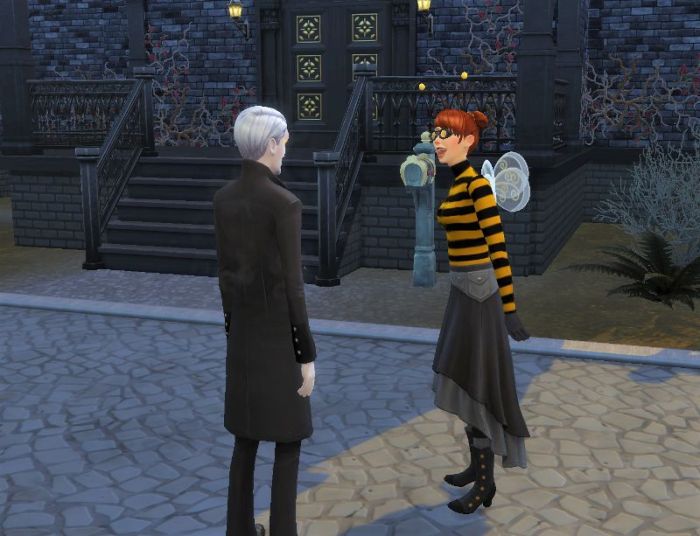 And who not to hit …

Since you can only lift three items a day you will have lots of off time to do this.

By the time she was done with them, the Goths practically handed her their stuff. 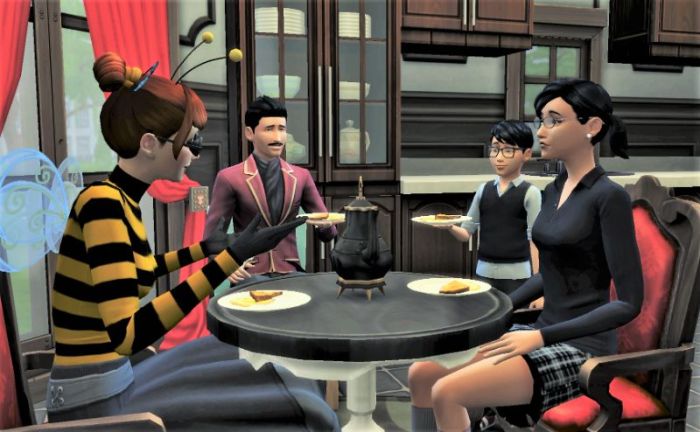 She actually “lived” in the Laandgrab house.  With their full approval. 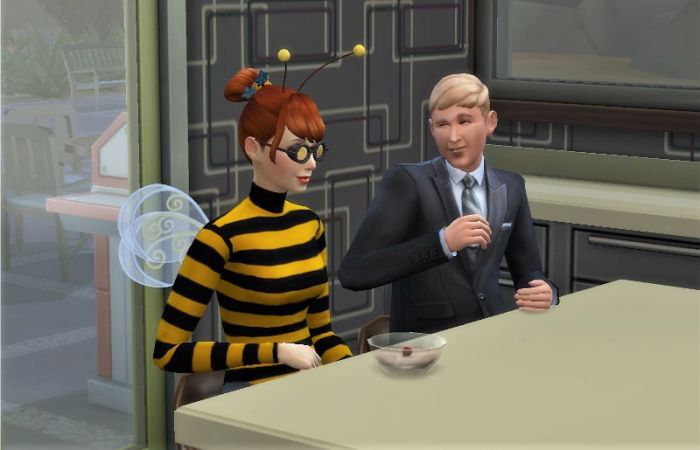 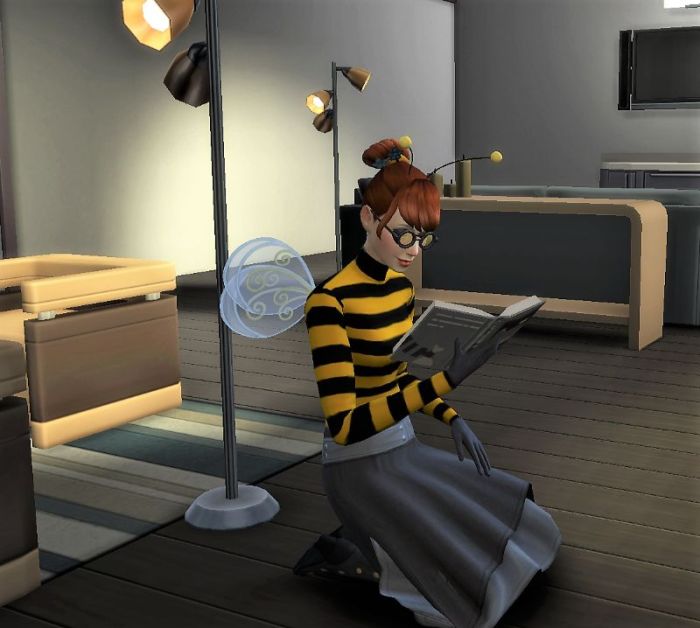 Nancy was a tad bit skeptical but let’s not forget that she has her own career in crime.  You would think she should recognize a crook when she sees one.

Their hospitality afforded her every opportunity to steal them blind (they have very high-end computers), she left nothing of value behind.

*In that you are essentially homeless living on an empty lot, self-care is a challenge.

To make their simmies comfortable, some players start their builds as soon as they can afford anything.

I did not take that tactic.

Depreciation is a big money sucker and building right away would not be cost-effective.

*Be sure to sell from your inventory because you will lose LOTS thru depreciation if you place it on the lot.

I made her moderately comfortable on her lot for the few times she would return. 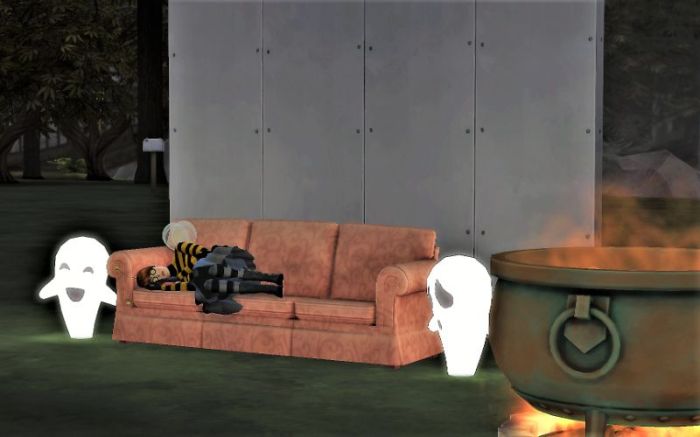 An old flea market couch and some mood lighting.

The cauldron is awesome.

The food is always ready and does not spoil. 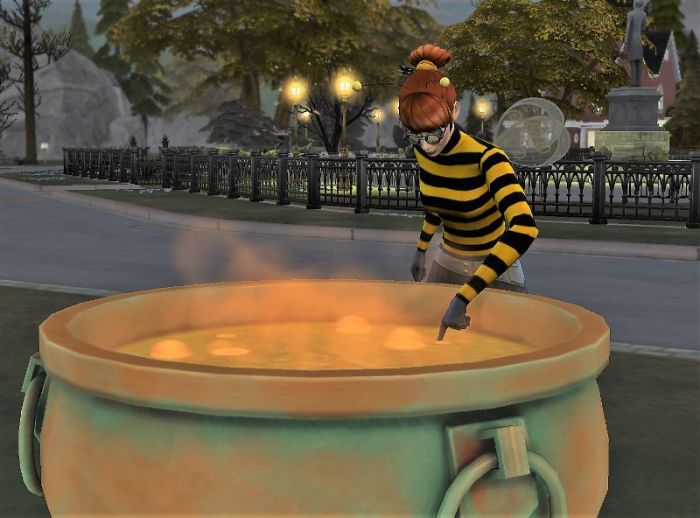 For most of the challenge, she lived in the park, gym, and library.

She had many meals at the park (until she got the cauldron).

Usually, you can find a plate of dogs or burgers and help yourself to a free meal but every once and a while she had to resort to spending the money.

Early on, Lisa Bee made a friend in the neighborhood.

He was the welcome wagon for their neighborhood. 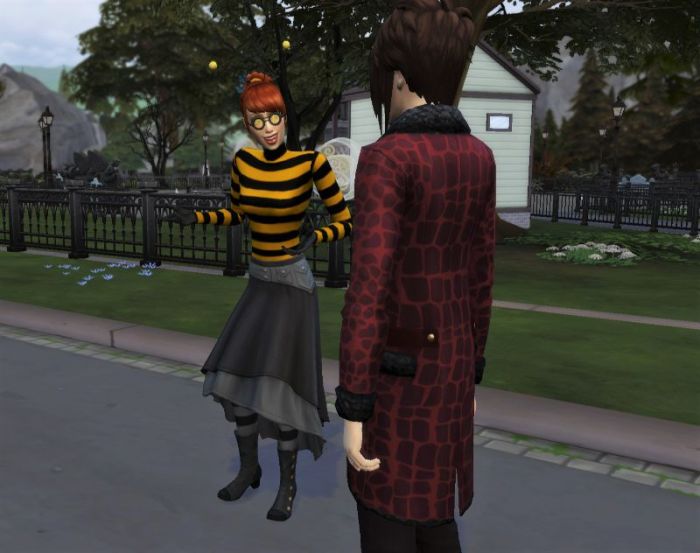 Quite often he would stop by just for a chat.

He was quite an odd fella but likable and Lisa Bee was glad to make a friend.

She would often bump into him when she was out and about.

A few times she was worried that he might be a cop surveilling her. 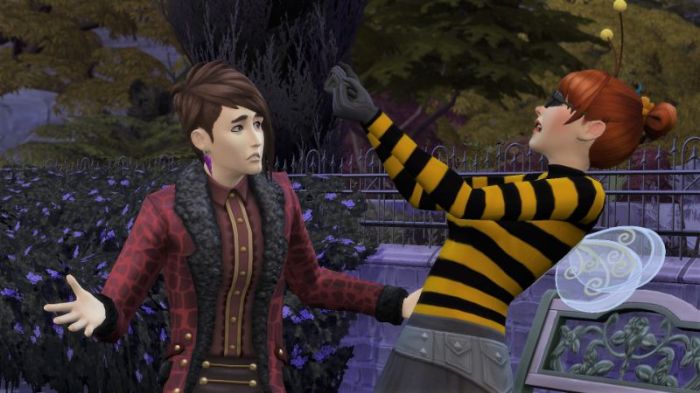 But then she realized he was just a very nice guy.  His family was even odder than he was.

She did get some very nice “collectibles” when she joined him on a visit to his Uncle Vlad’s house. 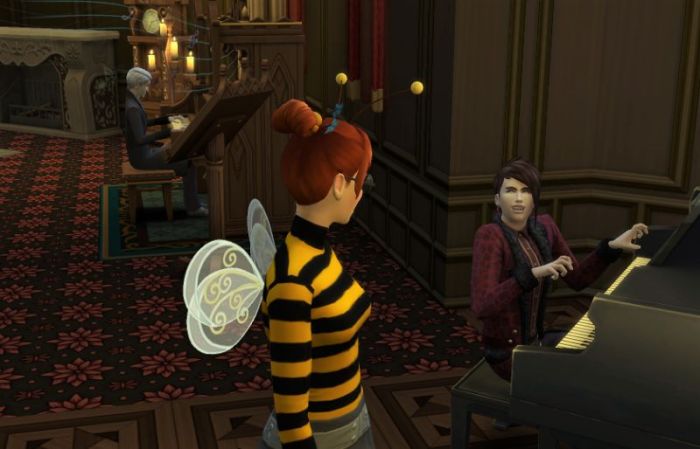 He was invited to all the best parties and he always invited her to come along.

Although she was having lots of fun, she could not always keep with the party crowd. 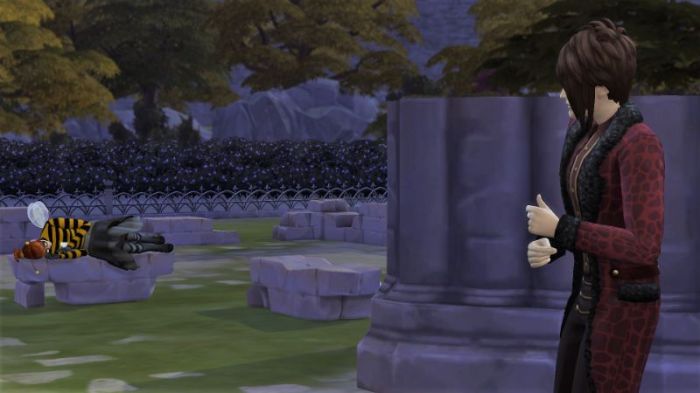 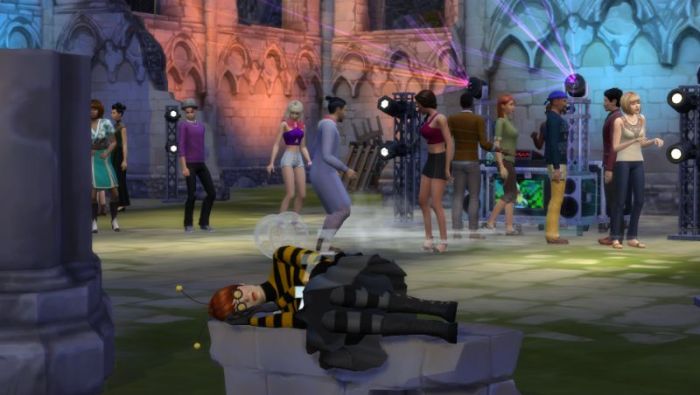 One night Caleb invited her to the Humor and Hijinx Festival.

They were having a blast. 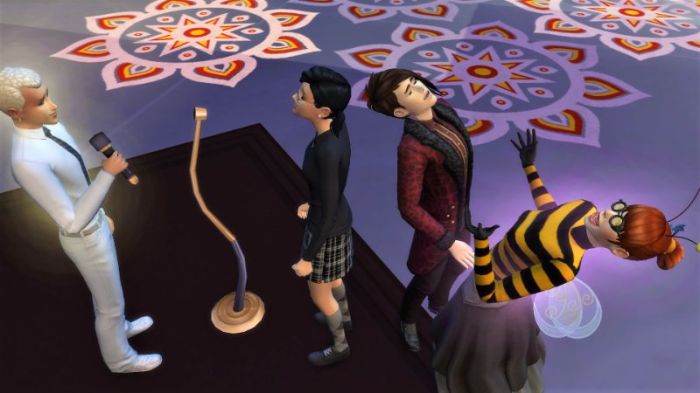 He seemed to have a different agenda.

What are you doing Caleb?

HMMM whatever it was it must have worked.

Soon after the festival, things began to heat up between them.

The PINK grew and it grew quickly! 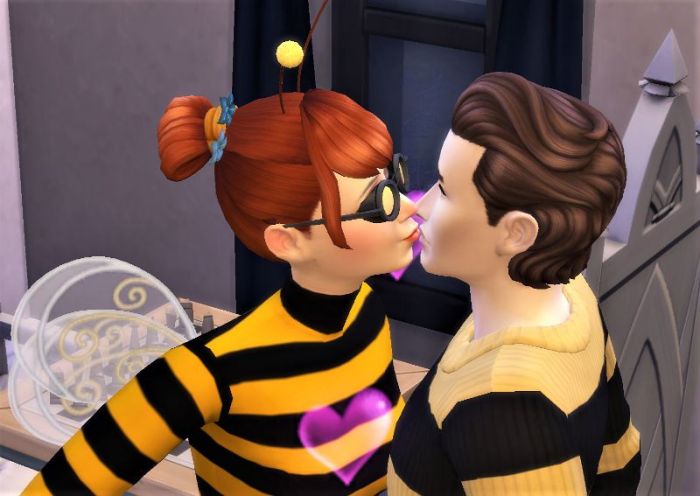 Once the romance festival hit town they were waaaay in the pink!

It was time for the next step!

What BIG step it is too! 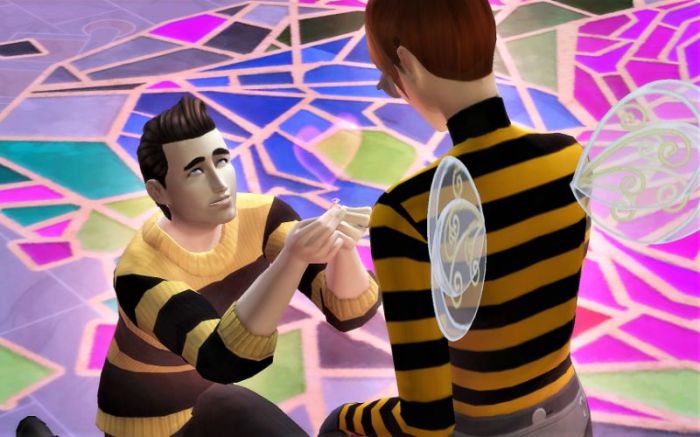 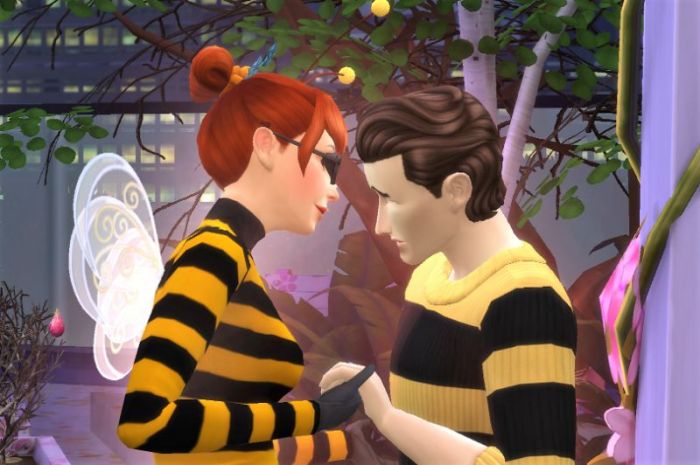 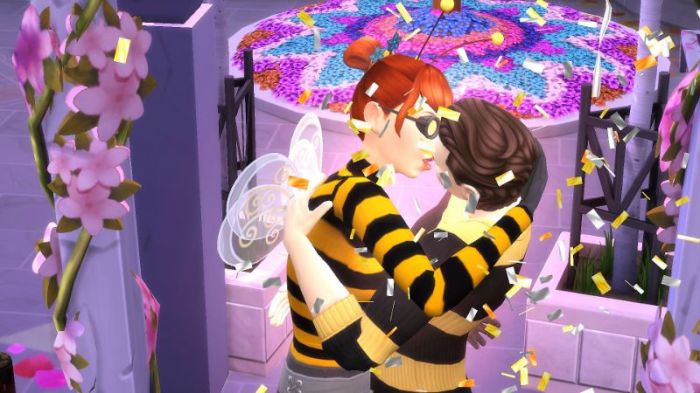 It will be a perfect little haven for her dear hubby, Caleb and her! 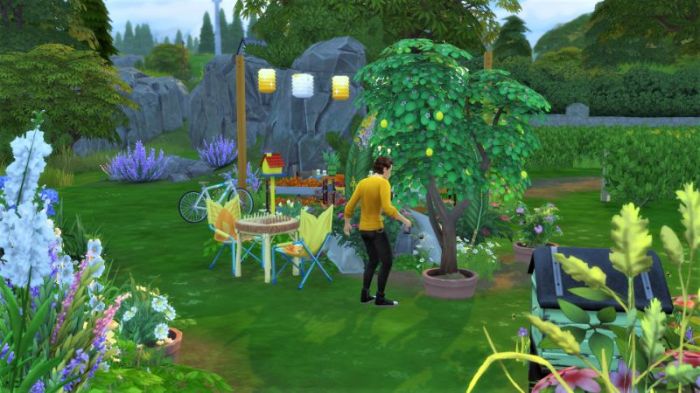 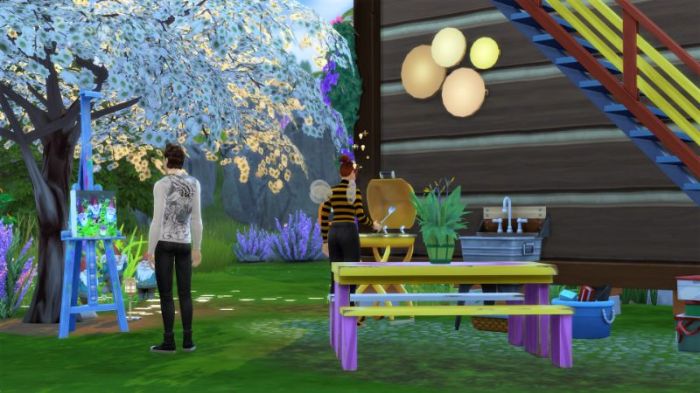 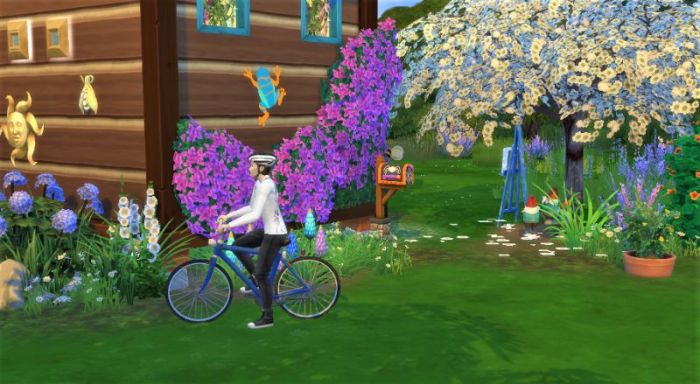 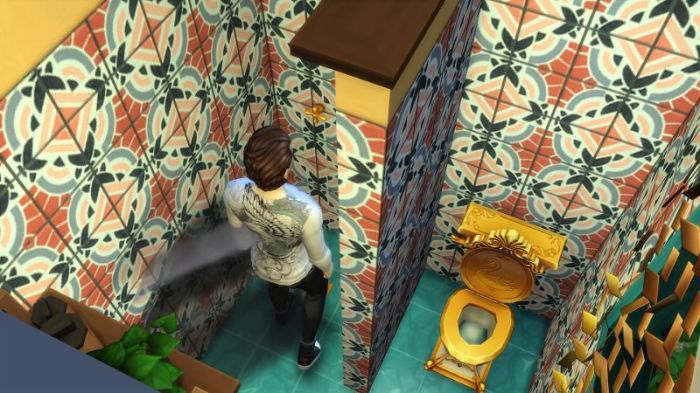 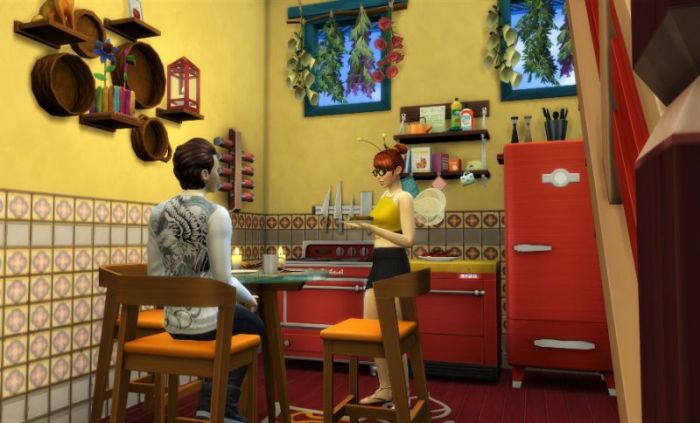 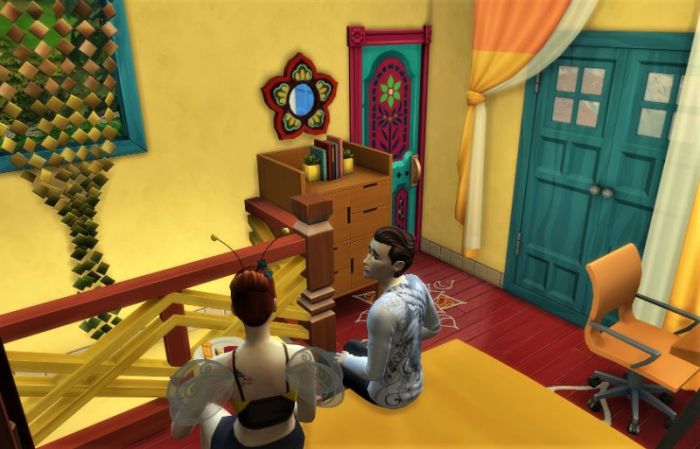 There are two cc free versions on the gallery:

One IF you HAVE  Tiny Living Stuff Pack;

And one if you do not;

Here, as I promised, is a day by day for the challenge: 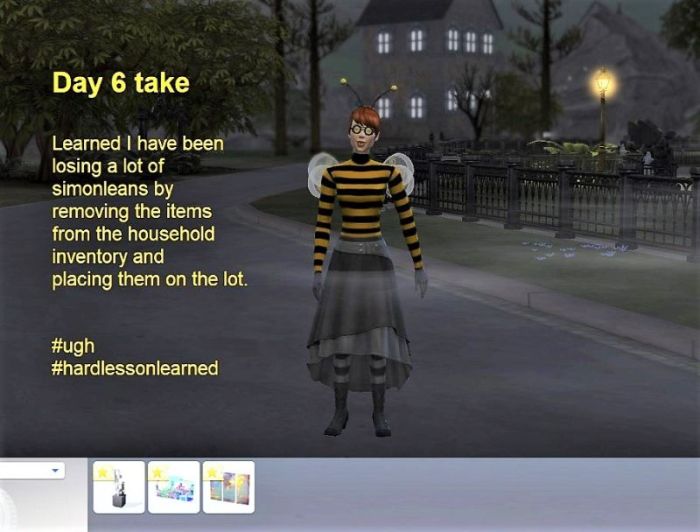 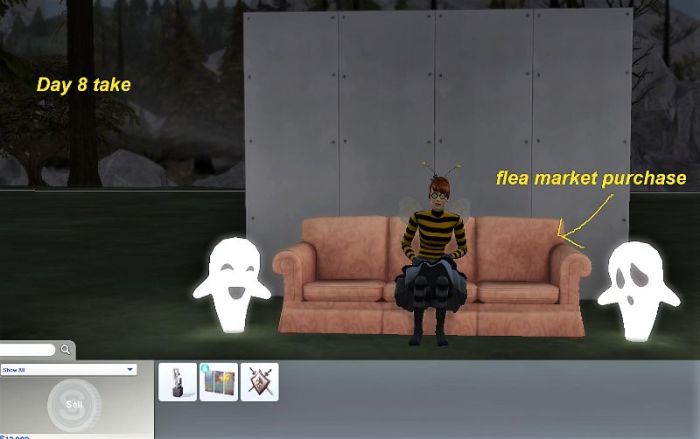 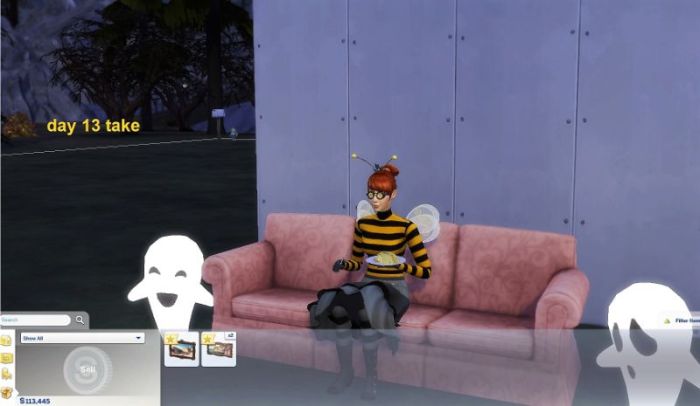